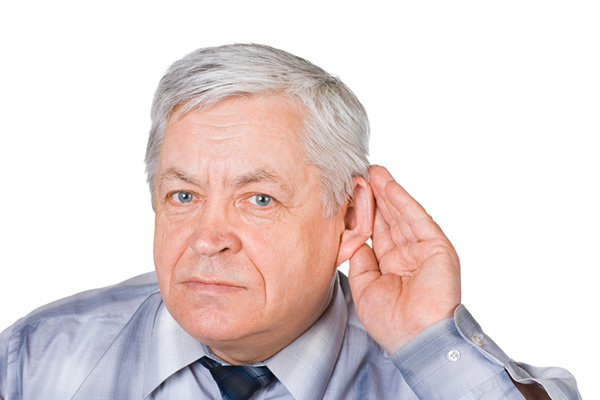 Given that hearing loss is a common concern, are there any common signs that you might need to look out for?

Hearing loss in one ear

Loss of your ability to detect the direction in which noises are coming can also be a sign of hearing loss in one ear. Humans use both their ears to identify the direction of incoming sounds (using the microscopic delay between the sound reaching both ears). If hearing is failing in one ear, that can affect the ability of the whole auditory system to interpret directionality.

You ask people to repeat themselves

Although it’s normal to mishear what people say in regular conversations, if you find that you have to ask people to repeat themselves regularly, then you may have hearing loss.

Another sign that your hearing may be failing could be that you need to listen to the radio or TV at higher volumes than the people around you. Family members and friends may complain that the sound is too loud even though it sounds “about right” to you.

You find it hard to hear people over the phone

Phone manufacturers calibrate speakers so that they provide adequate volume for the bulk of the population without hearing loss. However, the sound emitted from a phone may not be loud enough if your hearing is failing.

You feel tired after a conversation

Although there are plenty of reasons why you might feel tired after a conversation, it could be because you’re having to concentrate hard to hear what’s being said. People who are suffering from hearing loss often have to focus much more intensely in conversations than those whose hearing is adequate, and this can lead to burnout and exhaustion.

You misunderstand people in noisy places

Noisy environments, such as a crowded bar, can be especially tricky for people with hearing loss. All of the incoming sounds confuse the auditory system, making it more difficult to zoom in and focus on a particular person. If you find it hard to concentrate on a single voice in a crowded and loud room, then you may need to go and see an audiologist. An audiologist can recommend assistive hearing devices with features that help to focus sound from a single direction, blocking out extraneous noise, and allowing you to focus on only that which matters.

The signs of hearing loss can be subtle and take years to develop which is why professionals recommend regular checkups.